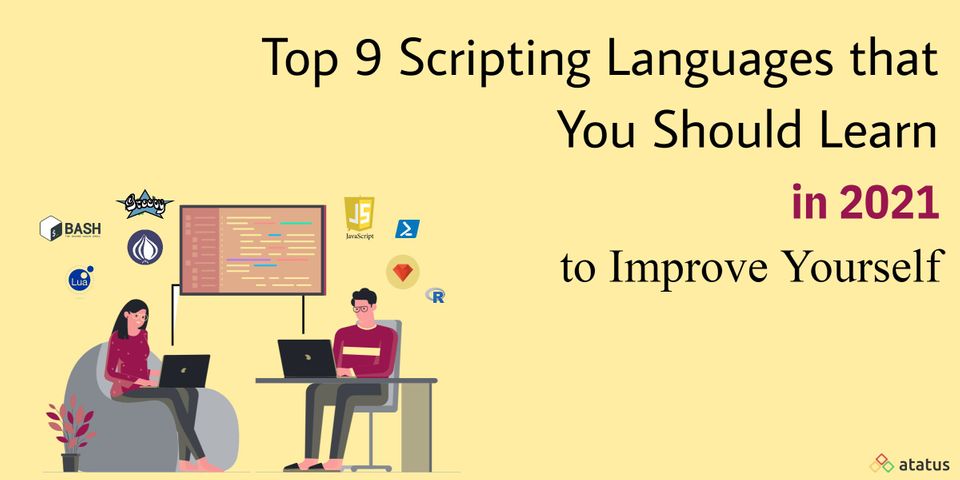 Scripting languages are a special kind that is used to send instructions to web browsers or standalone applications via code. They simplify and speed upcoding, which is why they're so popular in web development. Operating systems employ scripting languages to generate and automate start-up files, games, statistical analysis software, office applications, and a variety of other things.

What is Scripting Language?

A script language, often known as a scripting language, is a programming language for a runtime system that automates the execution of operations that would otherwise be done by a human operator individually. Scripting languages are typically interpreted rather than compiled at runtime.

The primitives of a scripting language are usually simple tasks or API calls, and the scripting language allows them to be combined into more programs. Application software, text editors, web pages, operating system shells, embedded systems, and computer games are examples of environments that can be automated using scripting.

The source code or bytecode of a scripting language is frequently interpreted. The software environment (interpreter) for which the scripts are written, on the other hand, is usually written in a compiled language and released as machine code.

Despite the fact that the terms "scripting language" and "programming language" are often used interchangeably, they are not similar.

A programming language is essentially a formal language that combines a set of instructions that may be input into a computer to achieve a certain output.

A scripting language is a programming language that supports scripts, which are programs created specifically for a particular runtime environment to automate the execution of a particular operation or function.

Compilers read and analyse the code all at once and indicate problems all at once, compiled programs are often faster than interpreted programs.

An interpreter, on the other hand, reads and analyses a program line by line, and when it encounters an error, it stops and addresses it one by one.

Programming languages are difficult to use because they require several lines of code to perform a single function. Using a scripting language to create a code function is easy because it just requires a few brief and precise lines to be written.

Programming languages are self-contained and do not need a host to run. A host is required for scripting languages.

Programming languages work with full-length code and are self-executing, whereas scripting languages operate with short bits of code and must be embedded within parent systems.

JavaScript is mostly used to create web or mobile applications, command-line tools, and real-time networking applications such as video streaming services, gaming, and other similar applications. JavaScript can be considered a foundational technology for developing modern websites with distinctive features.

Previously, JavaScript could only be used in a browser, but now there are JavaScript-based frameworks like Node.js that can be used on the backend. For the frontend, there are a few prominent JavaScript frameworks, such as Angular and React.

It is the best implementation of the ECMA-262 Standard of scripting languages and employs the same syntax as ECMAScript; as a result, it lacks a separate specification.

Curly bracket syntax is used in ECMAScript. For example, a JavaScript program to calculate the factorial of a number.

Python is the second most popular programming language in 2021, owing to the fact that it requires less typing and more action than other languages. Python Software Foundation manages it as one of the top open-source projects. Python comes with a large library and can be used for structured, functional, and Object-Oriented Programming (OOP).

Curly brackets aren't used in Python, and semicolons are optional, making the code simple to read and write. For example, a Python code to display the multiplication table of 12 with the for loop.

PHP is a server-side scripting language used to create interactive and dynamic websites. The acronym PHP stands for hypertext pre-processor, which is a recursive acronym. It's free to use and open-source.

Despite the fact that it is a programming language that can accomplish practically anything, it is primarily employed for server-side logic. It implies that when you click the login button on your Facebook login page, PHP does the logic that allows you to get into your account.

The syntax of PHP is similar to that of the C language. For example, a PHP code to compare two numbers with the nested if statement.

Ruby is one of the most flexible programming languages available, and it stays out of your way unless you code in a specific way. If that appeals to you, Ruby is a wonderful language to learn. Ruby's creators have gone to great lengths to make it as simple to use as feasible. Ruby could help you save a lot of time typing.

Ruby's flexibility has allowed developers to construct some truly innovative software. With the support of object-oriented programming concepts, it offers a simpler syntax and allows you to build clean and logical code. It's used in web development to create backend logic and to power web application frameworks like Ruby on Rails.

JRuby (which allows us to run Ruby on the JVM), mruby (a lightweight implementation of Ruby that can be embedded into applications), TruffleRuby (Oracle's Ruby interpreter built on GraalVM), and other runtime environments are also supported. Ruby on Rails is used to create several notable applications and websites, including GitHub and Shopify.

Ruby has a syntax that is comparable to Python's. For example, a Ruby code  to determine whether a given year is a leap year or not.

Perl is a platform-independent scripting language that may also be used to build HTML pages. Because of its versatility and power, Perl is known as "The Swiss Army Chainsaw of Scripting Language."

Nowadays, it is not the first choice of backend developers, but it is still the 16th most popular language on GitHub Language Stats (as of December 2020).

The syntax of Perl is equivalent to that of the C language. Below Perl program will print the specified statement n times.

Groovy is a scripting language that is extremely close to Java. It features a Java-like syntax, so if you're already familiar with Java, it'll be simple. It's a powerful dynamic language with static compilation and elegant typing. Groovy was created with the intention of being less verbose than Java. The syntax is less difficult, with a straightforward structure that avoids the need for semicolons.

The Apache Software Foundation manages Groovy as an open-source project. It is an object-oriented language that extends the java.lang.Object superclass.

It features native support for lists, associative arrays, regular expressions, and mark-up languages like HTML and XML, and supports both static and dynamic typing (type checking can be done both at build time and runtime).

Groovy uses curly brackets and has a Java-like syntax. A simple example to understand Groovy.

Lua is a scripting language that is both quick and light. As the language is developed and maintained by the Pontifical Catholic University of Rio de Janeiro in Brazil, the word "Lua" signifies "moon". The procedural, object-oriented, and functional programming paradigms are all supported by Lua.

Lua's interpreter is written in C, therefore its C API makes it simple to integrate into applications. Lua can be used to develop existing applications written in C-based languages including C, C++, C#, Java, Perl, Ruby, and others.

Lua, like Python and Ruby, has a compact and easy-to-read syntax. The following Lua program defines a function to compute the factorial of a given number, requests a number from the user, and prints the factorial:

R is not confined to scripting but is used in a software environment that is mostly used for statistical computing, graphical display, and data analysis. It is a free and open-source scripting language that employs a variety of statistical techniques such as time series analysis, clustering, traditional statistical tests, linear and non-linear modelling, and so on.

The R Software environment is also cross-platform, allowing other scripting languages like Python and Perl to access statistical capability. R, on the other hand, isn't limited to its default environment; it may also be used in other environments like pqR (Pretty Quick R) and Renjin (R Implementation on top of JVM).

Developers use the R language to run multiple commands at once, which saves them a lot of time. A script is a collection of commands that typically contains comments explaining what each line of code is supposed to perform. The extension .r should be used when saving an R script.

R has a syntax that is distinct from that of other scripting languages. For example, a R code to verify whether an integer is a prime number or not using control statements.

Microsoft's Windows PowerShell is a command-line shell. This command-line shell and scripting language for Windows operating systems is familiar to all Windows users. Microsoft has changed the name of the framework from .NET Framework to .NET Core, which is used to develop cross-platform applications.

You were limited to the Windows OS with the .NET Framework, but with the .NET core, you can quickly construct applications for Windows, Linux, and macOS. Here's a rundown of the differences between .NET and .NET core.

PowerShell aids task automation by accepting and returning .NET objects rather than plain text. It works on Windows, Linux, macOS, and ARM-based devices like multimedia players, smart wearables, and consumer electronics. Using numerous modules and scripts provided by Microsoft, you may quickly execute administration, configuration, and automation operations with this PowerShell.

PowerShell offers a concise syntax that makes command-line operations go faster. The PowerShell code example below assign a value for an array.

Scripting languages, without a doubt, come in a different variations, syntaxes, and implementations to meet specific objectives, such as producing video games, automating system administration duties, and building dynamic websites. If you're not sure which scripting language is best for you, list your needs first and then look up the popularity of your selected language before learning it.

Share your thoughts about scripting language with us at Atatus. 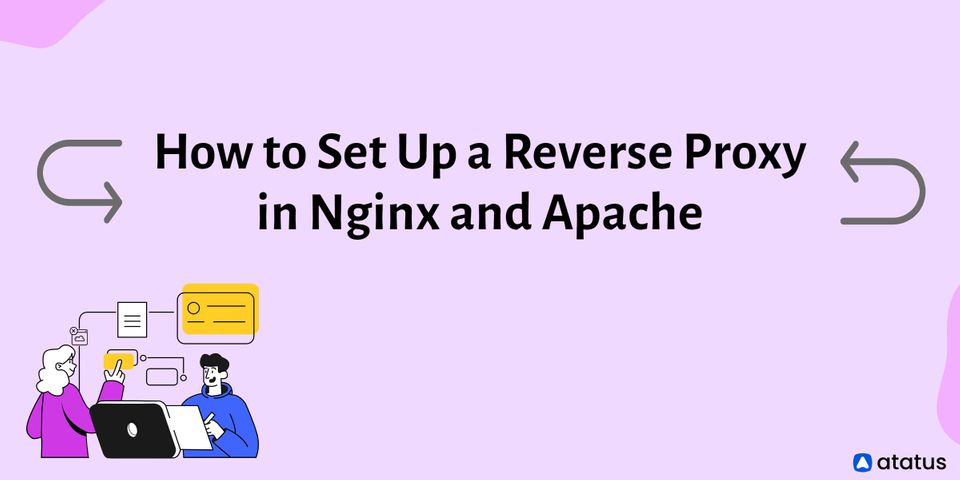