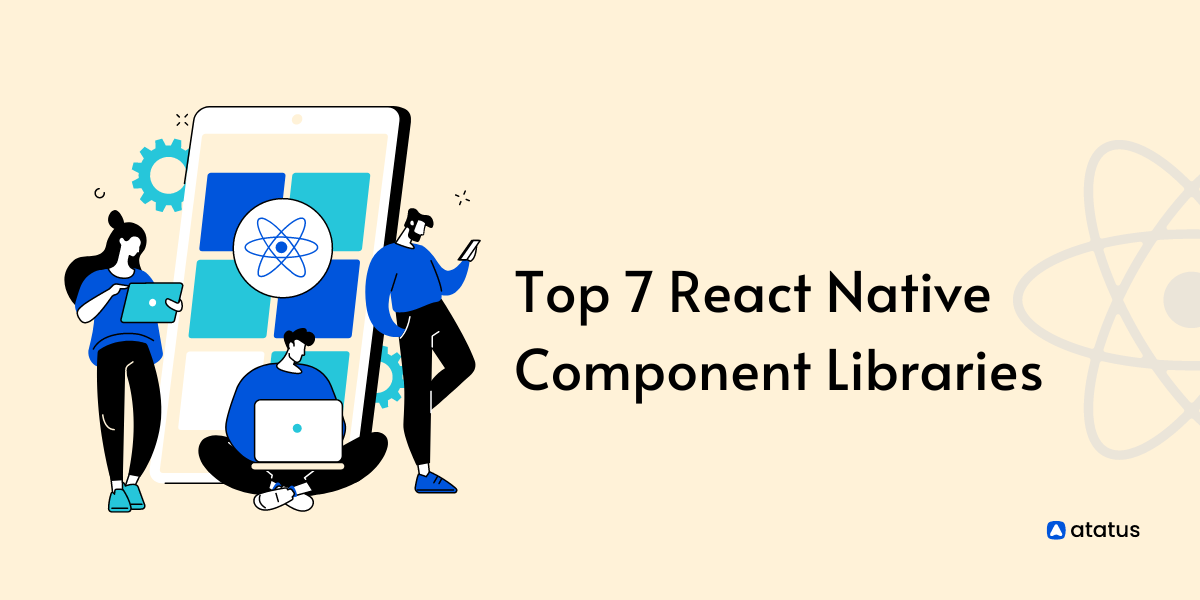 Many businesses are shifting their focus toward mobile app development as the demand for mobile apps increases. Innovative mobile apps are being developed with the help of new technologies, platforms, and frameworks.

A new trend in mobile development is cross-platform app development, which allows developers to create apps for multiple platforms, such as Android, iOS, and Windows.

By choosing React Native for your multi-platform mobile app development, you can be confident you made the right choice. This is because JavaScript is integrated into the native language of React Native.

Using React Native, you can offer your clients the best UI/UX design while simultaneously benefitting from Native's most popular features. As well as that, it is a financially sound decision.

By using React Native to develop your application, you will enable your project to meet a realistic timeline and stay within your budget. In any software development project, these aspects play an integral role.

What is React Native Component Library?

The React Native framework is one of the most widely used Cross-Platform mobile app development frameworks introduced by Facebook. The framework has one of the largest active developer communities in the industry.

Since React has gained popularity and native mobile app development (and PWA or Progressive Web Apps) is on the rise, it shouldn't be a surprise that React-Native is gaining popularity every day.

In addition to using isolated components like React Native, you can also use it to build your UI. You can build your applications faster using component libraries and UI toolkits, which contain pre-fabricated components.

Using React, you can create web-based and mobile apps with cutting-edge user interfaces. Components are included that can be incorporated into your application right away.

React components need to be styled according to platform standards when you're creating them. React and native features of the target platform can be used to build mobile apps using this framework.

Here are some criteria you can use to decide which React Native library to use or which application to use that includes ready-made components:

Here is the list of React Native UI components. A number of factors have been taken into account when choosing the software tools below, including their trustworthiness, price, documentation, and other important factors.

This list of top UI libraries can help you create your whole application without worrying about styling and basic functionality.

NativeBase is fully open-source. There is, however, a premium associated with the themes due to the addition of more features and screens. Now you can use NativeBase on the web as well.

You can design your app for Android and iOS with a platform-specific design using the same JavaScript codebase.

An app's appearance and feel can be customized with NativeBase. During mobile app development, it drastically reduces the amount of work required. With NativeBase, you can build native applications easily.

In addition to starter kits, it provides a variety of templates for business use cases. Its main advantage is its ability to work with other third-party libraries.

Moreover, React Native Paper is also a free and open-source library. Google Material design standards are used to build all of its essential components.

Using Paper, you can create interactive web experiences across both mobile and web. Paper is cross-platform and compatible with both. There are adequate parts and interactions to meet nearly every use case possibility.

Elements like user interface logic, animations, accessibility, and accessibility are all managed. Standard hues may be customized or you may build your own. Additionally, you can toggle between dark and light modes.

With Teaset you can use 20+ pure JS(ES6) components for content display and action control in your react native app. A library of free elements is available for amateur designers and developers of React Native apps.

There is nothing better than Teaset for those who are inclined to simplicity and elegance. content display and action control is focused. Components are primarily written in JavaScript, and also the library supports Redux.

The extension exports animation data in JSON format from the BodyMovin After Effects extension. A JavaScript player is included with this extension to render animations in web.

There are close to 15.4k stars on GitHub for its official documentation, and it also supports React Native. To make your apps more attractive and engaging, you can use the curated collection of animation files provided by Lottie libraries and plugins.

There are small animation files in vector format that are small in size. Consequently, your app shouldn't experience any performance impact. Additionally, it enhances the visual appeal of your UI.

There are 30+ ready-made components in Nachos UI that can be used with any JavaScript or React Native project. This product allows users to customize web-based UI components.

Also, it uses a prettier and provides Jest Snapshot testing. In order to code components, Avocode was used, which is a platform that allows sharing, hands-off, and inspecting Photoshop and Sketch files.

Adding pre-styled inputs to another component is as easy as importing them. With Nachos UI kit installed, simply pick any component you prefer, import the related React Native code, and customize it accordingly.

With Shoutem, you can build apps by connecting extensions, similar to adding plugins to your WordPress website. There are extensions for photos, videos, products, events, restaurant menus, and much more.

As a React Native UI Kit, Shoutem includes UI components, themes, and animations for components. All components in the library are composable and customizable, and they are cross-platform for iOS and Android.

In addition, every component has a default style that is consistent with the rest, so complex components can be constructed without having to define complicated styles manually.‌ You can customize and use many well-coded themes.

It helps you create solutions that look professional with its open-source UI toolkit. It has a basic animation toolkit that can be used with its own UI toolkit and themes to build amazing React Native apps.

With react-native-gifted-chat, you can customize components, add avatars, copy messages to the clipboard, or add attachments. As It is named ‌because it helps you set up a chat UI for React Native (and web).

The application is written in TypeScript and contains fully editable components, including the capability to load past conversations or clip messages to the clipboard. People can also skip the keyboard with the InputToolbar.

As part of its user experience enhancements, it reinforces the avatar as user’s initials, localized dates, multi-line text input, and quick reply messages (bot) as well as system messages.  Also, Redux is supported. There are over 11.9k stars on GitHub for Gifted Chat.

Rather than extensively modifying the app elements based on the target platform, you can quickly develop apps using these open-source and free libraries.

Having a great mobile app idea is important, but identifying your project's requirements is equally important. In addition to speeding up the development process, React Native component libraries enable developers to create applications more quickly.

In order to create a successful software development project, you must be careful when using the tool. In the event that the work is completed and the best library is located, then finding the best library should be relatively simple.

You can get a detailed view of each page-load event to quickly detect and fix frontend performance issues affecting actual users. With filterable data by URL, connection type, device, country, and more, you examine a detailed complete resource waterfall view to see which assets are slowing down your pages.

In search of actionable data? Get a free 14-day trial of Atatus today!