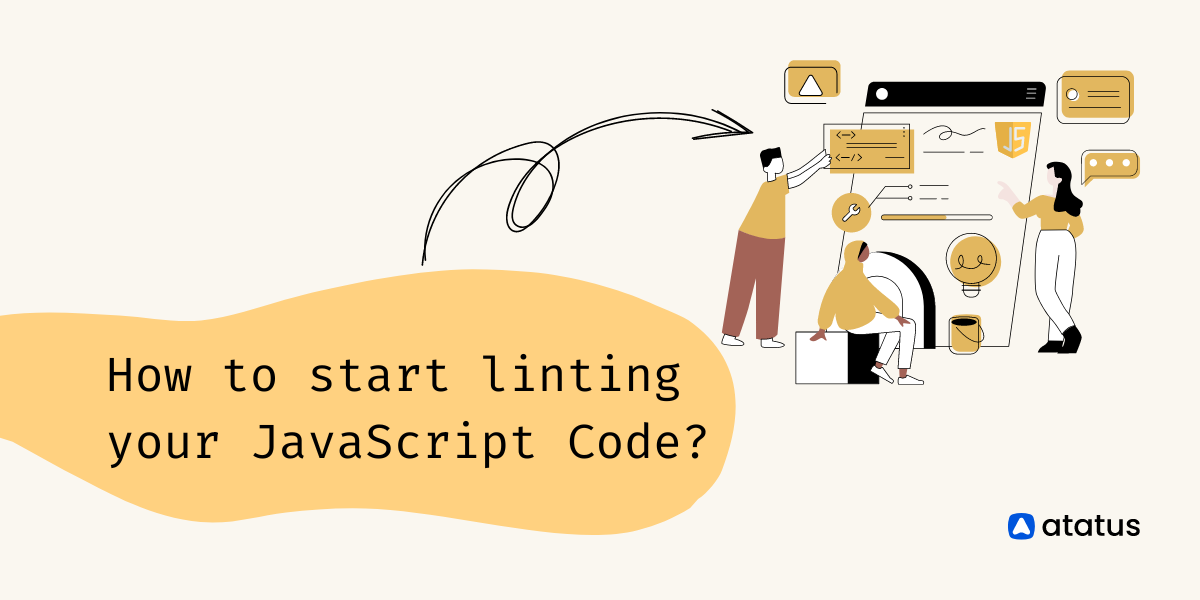 Linting refers to the process of identifying potential errors in code by using a program. Initially, the lint tool, like earlier similar utilities, analyzed source code to determine which compiler optimizations could be made.

In time, lint-like tools added many other types of checks and verifications. The Linting software provides developers with tools to help them write highly scalable code.

Using static code analysis techniques, web developers can use these front-end linting tools to check code without actually running it. To identify errors in source code, these tools are introduced during the development stage as part of the code-checking process.

Even though linting can be done at different stages, it is best to do lint programming at the start of a project's development stages, as automated code checks to aid in the process of code review and testing.

No matter what your workflow is, you should ensure that you lint early and frequently to avoid coding headaches later on.

Linter is a name derived from a C source code analysis tool known as "lint". This utility was developed by Bell Labs' computer scientist Stephen C. Johnson in 1978.

It is likely that linters exist in some shape or form for all languages since they have existed for such a long time. Linters are simply parsers that check your code for errors.

This method is great for saving time, maintaining quality, and writing safer code. Using a linting tool is as simple as copying and pasting your code into a linting tool. Regardless of the language you use, Linting your code is a suitable idea. It is even possible to lint HTML, CSS, and JSON.

Although linting software solutions can help you prevent bugs in software, they can also detect errors during debugging.

The following 4 linting tools will help you improve the quality of your JavaScript and CSS files as a front-end developer;

The project began in 2010 and is community-driven. From the beginning, it was a fork of the JSLint project. As more people develop JSHint, it has improved and changed more rapidly than JSLint.

There were some rules removed and new ones added that would better suit how JavaScript developers code today. The most commonly used linter today is JSHint, which is a more flexible linter.

In addition, JSHint provides comprehensive documentation for each of its rules. Additionally, it is easy to integrate it into editors.

Having a relaxed default configuration is one of the small downsides of JSHint. It requires some setup in order to be useful. The error messages are also harder to identify as you need to change specific rules when compared to ESLint.

In 2002, Douglas Crockford created it to emphasize what he considers to be the best features of JavaScript. In addition to updating JSLint himself, he keeps up with it. Out of the ones listed here, JSLint is the oldest.

It is an easy-to-use tool for those who agree with the good things about it. You can install it and start using it right away. However, JSLint does not support configuration or extensibility.

Most features can't be disabled, and some don't have documentation. Besides lacking any information about integrating it with your editor, the official website is not very helpful.

In 2013, this open-source project was launched. JSHint is the founder's favourite, but he found himself needing something more pluggable. Developing linting rules of their own was the primary reason ESLint was created. ESLint is conceived to have pluggable rules.

A recent addition to the list is ESLint. There are a lot of custom rules, and it's easy to install plugins to make it extensible and easy to customize.

To make sure you always know which rules caused the error messages, it gives concise output but includes the rule name by default. A bit of luck can be involved with ESLint documentation.

Having a clear rule list with logical categorization is a plus, but the configuration instructions are occasionally hard to follow. It provides a single location for editor integration, plugins, and examples.

JavaScript code style guide Standard JS uses ESLint to generate code. JavaScript style guides, linters, and formatters can be developed with the tool. In the initial stages of development, it automatically sets up the code and seizes errors correlated to style and programming.

Developers typically use standard JS because it’s an open-source framework. It is feasible for developers to integrate JavaScript Standard Style into their VSCode editor using the Standard Extension for VSCode.

In the event that you only want to check your coding style, JSCS can be a good choice. It provides a vast collection of rules, so if all you need are coding style checks, it's an excellent choice.

You can use JSLint to check snippets or single files. There is one potential downside to JSHint: it's not suitable for large projects. It can also be installed via npm and its linting rules are customizable.

Additionally, the site has a single-page website for linting single files or snippets. The ESLint plugin is available on npm as well as easily integrated into workflows like the JSHint plugin.

As you learn its CLI, you can take advantage of its question-answer format. Aside from industry standards and open-source style guides, it provides linting rules for any project.

You can get a detailed view of each page-load event to quickly detect and fix frontend performance issues affecting actual users. With filterable data by URL, connection type, device, country, and more, you examine a detailed complete resource waterfall view to see which assets are slowing down your pages.