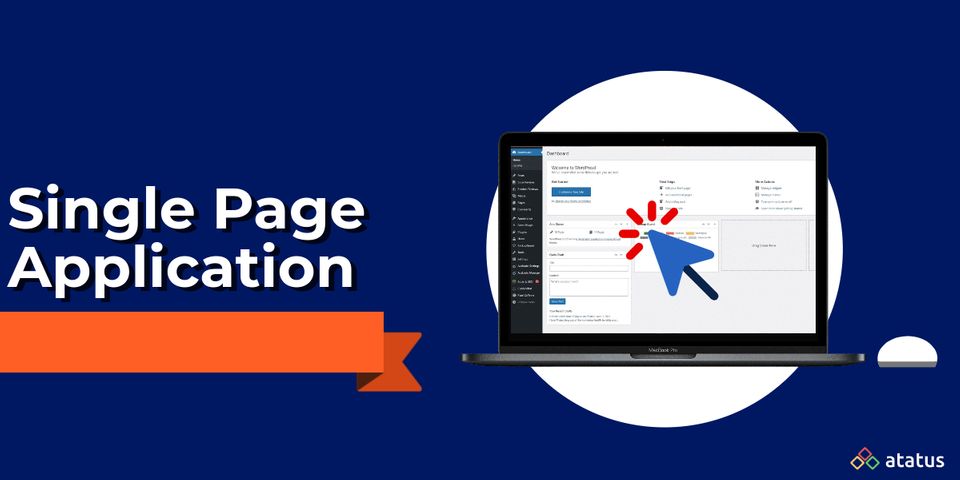 In recent days web application has become a vital part of our day-to-day life. We often don’t understand the technology behind an application as how it works, what type of programming languages have been used or what kind of databases are used to store and retrieve data.

But when you try to create one such application you should definitely know how to build an application and the technology stack behind it.

In fact, some of the most popular websites today are powered by them. Scroll through the article to understand what exactly is a single page application, how it works and benefits of using it.

What is a Single Page Application?

The SPA is a web application architecture pattern that aims to reduce the complexity of web applications by reducing the number of pages and increasing the separation of content and presentation. It works inside the browser and does not require reloading of any page. A lot of information remains constant and only a few portions need to be changed at a time.

It loads a single web content document which then updates the body content using Javascript API such as XMLHTTPRequest and Fetch when different content needs to be shown.

The use of single-page applications (SPAs) is growing exponentially, and as these apps get more sophisticated and user-friendly, the apps of the future will likely be built with them in mind. They help you keep the user on the page for a longer amount of time, they are fast to load, and they are a lot of fun to work with.

Some of the big organizations which has SPAs are:

How does Single Page Application work?

The single page web application dynamically interacts with the user by rewriting the current page instead of reloading the entire page when a button or link has been clicked.

The web browser first makes a request to the server and the server sends the basic HTML file in response to the client. The HTML file contains a script tag for the Javascript file which takes control of the HTML page. The initial HTML page is named as index.html. Each subsequent call just returns the data needed in JSON format without trying to reload the page completely. Using the JSON data the page gets updated dynamically.

Once the application has been started the client and server handles every request and transforms data and most of the SPA have a templating engine which generates HTML code.

There are so many benefits with SPAs like consistency, low infrastructure costs, page speed, responsiveness and so on.

i.) Faster than MPAs

Although it loads entire JS files at the start, the navigation through SPA is faster than MPA. In Multi Page Application you have to send files every time the page is reloaded.

With SPA we do not need to spend much time reloading the complete UI which lowers the impact of servers overall where you can save money in an efficient way by reducing the servers for the same amount of traffic.

Once the initial HTML page is loaded in SPA the server doesn’t send further HTML pages to you.

Upon user's request the server first loads the complete HTML page and then it loads only the pieces of information that user requests in Single Page Application. SPAs are useful in pages that are highly navigated and use repeating templates.

But with Traditional Web Applications, it loads the entire HTML page upon subsequent requests which slows down the web page and user might get irritated.

Single Page app caches local data effectively and an SPA sends only one request to the server which then stores all the data it receives that it can be used and work in offline too.

Local data can be synchronized with the server when you have poor connectivity issues.

Debugging an SPA is so easy with Chrome since they are developed using frameworks like Angular JS and React JS. These frameworks have their own chrome dev tools which makes debugging easier than with traditional web pages.

You can monitor network operations and also explore page elements related with them.

Developers can built SPAs faster due its decoupled architecture.  As I said earlier, SPA just loads the required content which significantly improves the website's speed and most of the resources like HTML, CSS and Javascript files are loaded only throughout the lifespan of an application.

When asynchronous requests are done properly it reduces the server load and requires less bandwidth. It is possible to perform operations offline in SPA which usually loads the entire JSON content at the first request. And this gives users a better performance from your application.

Single Page app can be developed using Javascript frameworks and the most popularly used Single Page Application frameworks are: Angular, React and Vue.js.

Angular is one of the oldest, universal and constantly evolving Javascript framework which is mostly used to develop web applications. It provides large set of design components and other UI elements with more useful standard libraries.

It is a structural framework which is used to build dynamic web applications. It has directive feature which helps in creating dynamic content more easily and also it supports two-way binding.

Since Angular is based on Typescript, it is a great choice to use by numerous developers. Google products like gmail, google drive and Wix used angular to built Single Page Application.

One of the most popular frameworks used nowadays which is very easy to learn compared to Angular. Vue.js offers two major features: Visual DOM and component-based.

It is smaller in size and also offers two-way binding similar to angular. Vue.js allows you to build dynamic web application but still this is not used in large-scale since angular is used in many popular organizations.

Some of the organizations that use vue.js are:

It is one of the beginner-friendliest framework which has an elaborated documentation and a supportive community.

React is a Javascript component-based library featuring JSX syntax and the most popular front-end frameworks. It was introduced by 2011 and later at 2013, it became an open-source library.

It also supports Virtual DOM like other two frameworks but it has only one-way binding. Since it is easy to learn, comfortable and for its user-friendliness makes it a good choice for beginners or less experienced developers.

Some of the popular websites which used React.js are:

Choose the right one which would benefit your business.

SPAs have to be planned and built precisely with your entire developers. Small wins make big gains. I hope you find this article useful and helps you in choosing the the right type of application for your project.

Track your SPA with Atatus

Measure how your SPA works, track all the page views, routes changes, AJAX calls, exceptions and custom transactions with Atatus and get to know where does your app slows down.

Monitor your web application in real-time and gain in-depth insights and see how your single page application is performing. Detect analyze, reproduce and resolve issues that affect your app by understanding all the errors with Atatus.

Try it for free with 14-day free trial and choose the best monitoring tool for your application.