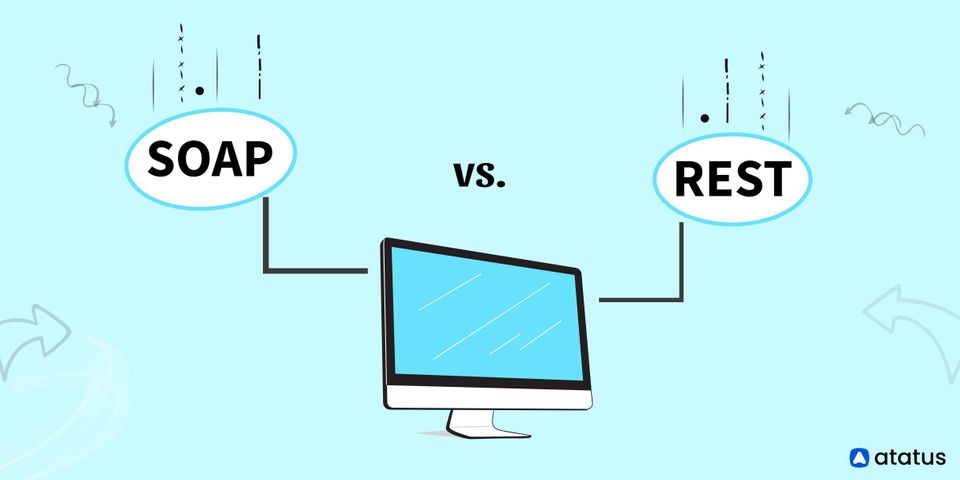 Numerous technologies underpin the web services we use daily. Web APIs are an essential component of the internet world. A web browser or a web server can use an API. When writing web code, developers must select the Web API that best fits the needs of their project.

Web APIs come in a variety of forms. They enable two applications to communicate with one another using a set of rules. These APIs allow developers to add specialized features to their applications without having to rewrite the entire codebase.

SOAP and REST are two of the most commonly used terminologies in the API development industry. They're popular among developers because of their ease of use and functionality.

SOAP (Simple Object Access Protocol) is an XML-based HTTP protocol for interacting with web services. It was created as an intermediary language to allow applications written in diverse programming languages to communicate efficiently with one another.

SOAP is a protocol for exchanging XML data between web services. Both stateful and stateless activities are supported by SOAP.

The term "stateful" refers to the server's ability to retain the information it gets from the client across repeated requests. The server is aware of the prior queries since these requests are chained together. Bank transactions, flight reservations, and other such activities are examples.

The server does not need to bother with stateless messages because it knows enough information about the client's state.

Advantages and Disadvantages of SOAP

Now that you know the basics of SOAP, it's time to learn about the advantages and disadvantages of using it as a developer.

REST (Representational State Transfer) is an architectural approach to communication that is commonly utilized in the creation of web services. It's a client-server model with no state. RESTful web services are those that are defined using the REST concept.

When a client uses a RESTful API to make a request, it sends the server a representation of the resources' current state. This data can be delivered in a variety of formats through HTTP, including JSON, HTML, XLT, and Plain Text, although JSON is the most commonly utilized language due to its machine and human readability.

It employs a resource identifier to identify the specific resource that is required in component interaction. The GET, HEAD, POST, PUT, PATCH, DELETE, CONNECT, OPTIONS, and TRACE actions are available when HTTP is used in a transition, which is the most typical case. Developers don't need to install any additional software or libraries while creating a REST API because of the common use of HTTP.

Advantages and Disadvantages of REST

Now that you know the basics of REST, it's time to learn about the advantages and disadvantages of using it as a developer.

SOAP vs. REST: What's the Difference?

To access named resources, REST uses a solitary, consistent interface. When exposing a public API over the internet, it's most usually used. In contrast, SOAP exposes application logic components as services rather than data. It also works with a variety of user interfaces.

Simply put, REST accesses data, whereas SOAP executes activities using a more standardized set of communications standards. Still, in most circumstances, REST or SOAP could be used to achieve the same result (and both are infinitely scalable), with minor configuration modifications.

SOAP was developed by Microsoft and has been around far longer than REST. As a result, it has the benefit of being a well-established, heritage protocol. REST, on the other hand, has been around for quite some time. It also came into the picture as a mechanism to access web services in a much simpler manner than SOAP via HTTP.

When Should SOAP be Used?

In the following situations, SOAP should be used.

When Should REST be Used?

REST services should be used in the following scenarios.

SOAP vs. REST: Which is Better?

Unless there's a compelling need to utilize SOAP instead, most experts agree that REST should be the preferred platform. However, there are some extremely specialized use cases where SOAP is the natural solution.

When REST isn't an option, SOAP is a great alternative, especially when stateful activities need to be handled. A SOAP API allows you to perform a series of tasks in a single transaction. Something that a Rest API will not allow you to do.

SOAP is naturally preferred by those wishing to construct enterprise-level web services because of its robust security features. PayPal's public API is one of the most well-known SOAP APIs.

PayPal customers can use this API to accept payments via PayPal and credit cards, as well as add a PayPal button to their websites and eCommerce stores and log in with PayPal.

Given the growing popularity of REST, the majority of developers that create public APIs now use it. REST APIs are provided by all of the major social media platforms, allowing developers to easily integrate their applications with the platform.

One such example is Twitter's public API. It has several functions, including allowing users to search for historical tweets, an ad API for managing ads, and a Direct Message API for sending personal messages to users.

Both SOAP and REST have advantages and disadvantages. The degree to which one is superior to the other is primarily determined by the needs of the organization. They'll have to choose the API that makes the most sense for their particular scenario. REST is commonly used by enterprises that need to provide public APIs because of the advantages it provides.

REST is also recommended for most new APIs since it requires less development work and consumes less bandwidth. Developers will find it easier to grasp, making the first development of APIs a breeze. Those who need to send secret data over the API will prefer SOAP due to its increased security.

At the end of the day, the optimal protocol is the one that makes the most sense for your company, the types of clients you need to accommodate, and your flexibility requirements.

The two most common web services, SOAP and REST, were discussed. In different contexts, each has its significance. We must select one of them based on our requirements and the application's complexity. REST is easier to develop, but SOAP gives a variety of other options, making it significantly more complicated to design.

Atatus provides Powerful API Observability to help you debug and prevent API issues. It monitors the consumer experience and is notified when abnormalities or issues arise. You can deeply understand who is using your APIs, how they are used, and the payloads they are sending. 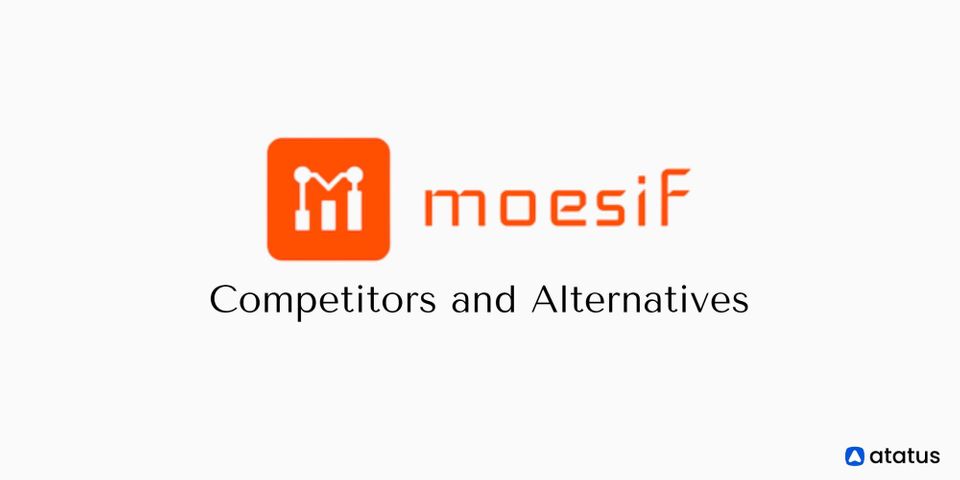 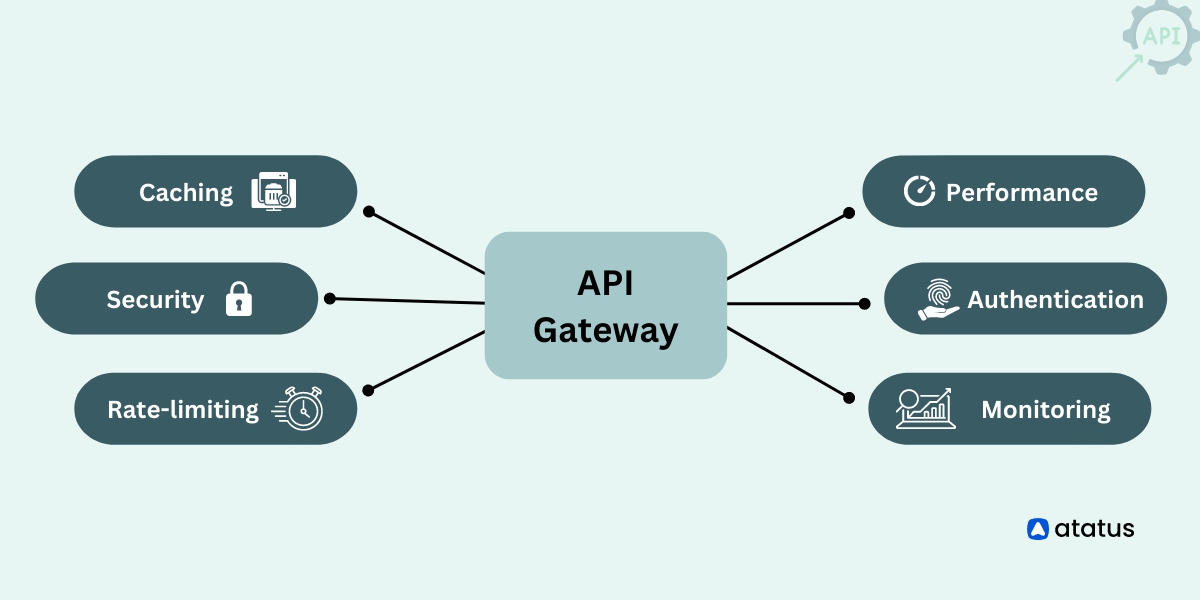