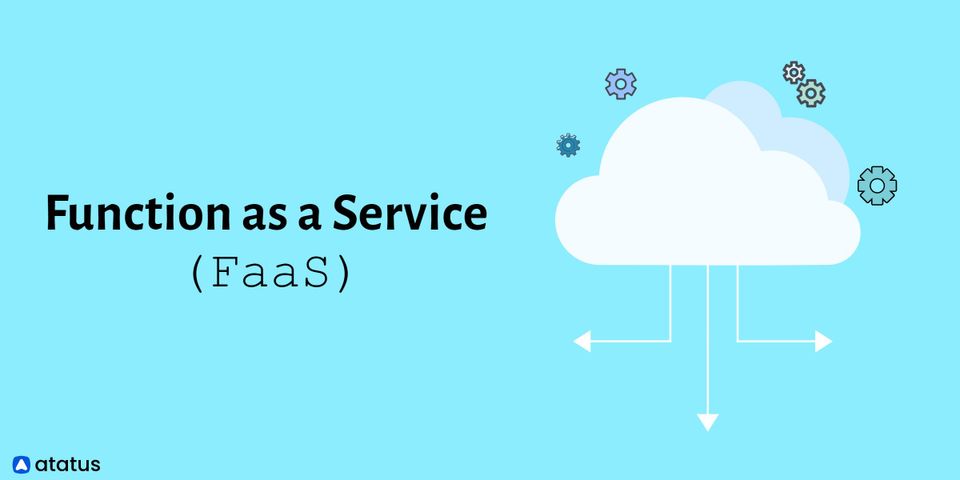 Computers are relatively simple. You can use them to store data, move data, and perform operations on that data. People can now use services to manage their data centres, network security, and software applications. Functions as a Service (FaaS) are the software equivalent of a clothing store. Each function carries out a very specialized task.

What is Function as a Service (FaaS)?

Let's start with a basic understanding of functions. A function specifies how to transform one element into another. The function remains constant, but the variables it passes through can change.

Function-as-a-Service (FaaS) is a form of cloud computing service that lets you run code in response to events without having to deal with the complicated infrastructure that comes with creating and launching microservices applications. The concept is built on serverless computing technologies and architectures, which enable software developers to quickly deploy cloud applications without having to manage servers.

Provisioning and managing a virtual or physical server, as well as an operating system and web server hosting operations, are often required when hosting a software application on the internet. Using FaaS, your cloud service provider automatically controls the actual hardware, virtual machine operating system, and web server software. This gives you the freedom to concentrate entirely on particular functions in your application code.

Instead of deploying and managing your own servers, Function as a Service (FaaS) allows you to acquire backend services from a vendor for your cloud applications. Your application is divided into "functions," which are pieces of it that are triggered by various events. The functions can then be uploaded to the vendor's FaaS platform and the event source attached.

Although serverless and FaaS are frequently confused, the truth is that FaaS is a subset of serverless. Serverless is focused on any service category where the configuration, management, and payment of servers are transparent to the end-user, such as compute, storage, database, messaging, API gateways, and so on.

FaaS, on the other hand, is centred on the event-driven computing model, in which application code, or containers, only run in response to events or requests, and is likely the most central technology in serverless architectures.

How does FaaS Work?

Since FaaS is a cloud service execution model, an organization interested in using it should first establish a partnership with a cloud service provider that promotes its FaaS capabilities.

Developers are not responsible for managing application servers under the FaaS delivery model. Instead, the service provider hosts them externally and allocates them dynamically based on the customer's demands. Software developers can use FaaS service providers to deploy functions, which are small chunks of code that can be run on demand.

The service provider starts a server, executes the function, and then shuts it down when the function is invoked. Serverless architecture, unlike other models in which developers execute the application on a dedicated server, is only active while the function is being utilized. The function can be shut down after it has completed its task, allowing the same computational resources to be devoted to other tasks.

Developers can use functions-as-a-service to access a platform that performs application logic on-demand while the service provider secures and coordinates all application resources. The FaaS design is best for simple, repetitive services like scheduling routine tasks or jobs, processing web requests, or processing queue data.

FaaS is ideal for high-volume, embarrassingly parallel workloads because it allows transactions to be separated and expanded quickly. Data processing, format conversion, encoding, and aggregation are also performed using FaaS.

Eliminating on-premises servers can save a software lot of costs, but the benefits of FaaS don't end there. Consider how FaaS might affect your business in the following areas:

Using Function as a Service could have some drawbacks. Before you go all-in with FaaS, there are a few things to think about:

There are a few best practices you can follow to make FaaS deployment and use easier and more effective:

If you want to migrate applications to the cloud quickly and cheaply, FaaS is a great platform to use. It all comes down to you and your work environment in the end. Determine whether the FaaS is appropriate for your environment. FaaS is similar to any other workflow that caters to a certain set of requirements and fits into specific conditions.