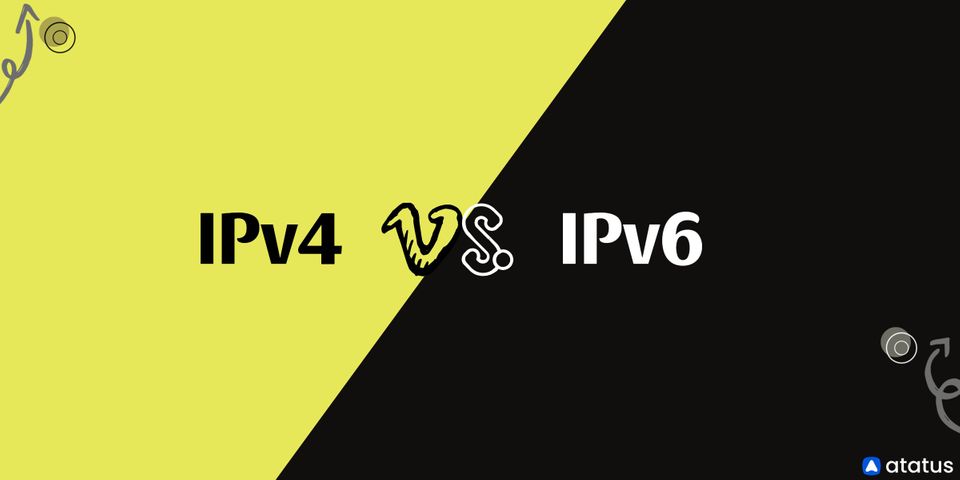 IPv4 and IPv6 are the two versions of IP. IPv4 was first released in 1983 and is currently widely used as an IP address for a variety of systems. It aids in the identification of systems in a network through the use of an address. The 32-bit address, which may store multiple addresses, is employed. Despite this, it is the most widely used internet protocol, controlling the vast bulk of internet traffic.

IPv6 was created in 1994 and is referred to as the "next generation" protocol. IPv6 uses a 128-bit address space. Periods are used as delimiters in IPv4, whereas colons are used in IPv6. IPv4 requires configuration to communicate with other systems, whereas IPv6 does not.

What is an IP Address?

A numerical identity provided to each device connected to a computer network that employs the IP protocol for communication is known as an IP address. An IP address is a network device's unique identification number. IP addresses are also known as Internet addresses or IP numbers.

The technical format of the addressing and packets system is defined by the IP address. IP (Internet Protocol) and TCP (Transmission Control Protocol) are used in the majority of networks. It also allows a virtual link to be established between a source and a destination.

How Does It Work?

Unique addresses are used to transport information or traffic across networks. Every equipment linked to the Internet or a computer network is given a numerical label, an IP address, that identifies it as a communication destination. Your IP address identifies your device on a network. It's a technical identification number for IP and TCP networks that allow virtual connections between a source and a destination.

IP addresses standardize how machines communicate with one another. They exchange data packets, which are enclosed chunks of data that are essential for loading webpages, emails, instant messaging, and other data-transfer applications.

Traffic can flow through the Internet due to a number of components. When traffic begins, data is wrapped into an envelope at the point of origin. A "datagram" is the term for this process. It's a data packet that's part of the Internet Protocol (IP).

To send data across the Internet, you'll need a full network stack. The IP address is only one component of the stack. The stack can be divided into four layers:

The IP is part of the networking layer, as can be seen in the above stack. IP addresses were created as part of ARPANET in 1982. IPv1 through IPv3 were all experimental versions of the protocol. IPv4 was the first version of IP to be used openly all over the world.

IPv4 is a version of the Internet Protocol that is commonly used to identify devices on a network via an addressing system. It was the first version of IP to be used in production on the ARPANET, which was in 1983. It stores 2^32 addresses, which is more than 4 billion addresses, using a 32-bit address scheme. It is the most important Internet Protocol, carrying 94% of all Internet traffic.

The following is a sample of an IPv4 address:

IPv4 has the following characteristics:

IPv6 is the Internet Protocol's most recent version. In order to accommodate the need for additional Internet addresses, this new IP address version is being implemented. It was made with the intention of resolving IPv4 issues. With 128-bit address space, it enables 340 undecillion distinct address spaces. IPv6 is also referred to as IPng (Internet Protocol next generation).

The Internet Engineer Taskforce started in early 1994. IPv6 is the new name for the suite's design and development.

The following is a sample of an IPv6 address:

IPv6 has the following features:

The following is the most comprehensive comparison of IPv4 and IPv6.

When communicating with other systems, an entirely new system must be configured and installed in the case of IPv4.

The basic configuration for IPv6 is optional, and the performance is totally dependent on the required functionality.

When utilizing IPv4, the basic networking structure must be manually established or DHCP must be used. It also has multiple layers to improve networking performance, which necessitates ongoing maintenance.

Since IPv6 provides the auto-configuration function, the basic networking structure does not need to be explicitly configured. In this manner, it also improves networking performance for the same.

The fragmentation mechanisms in IPv4b use standard transmitting and forwarding routes.

The transmission procedure in IPv6 is only used to implement and improve the fragmentation process.

IPv4 implements limited network topologies in their most basic form. This is then utilized to limit mobility movements and interoperability.

In case of IPv6, it provides networking devices with embedded interoperability and mobility capabilities.

IPv4 is less preferred than IPv6 in terms of security and performance. It all relies on the applications, as IPv4 does not have any internal security layers.

In the case of IPv6, Internet Protocol Security (IPSec) is built-in, and it thus adheres to proper security architectural standards. As a result, it is favoured over IPv4 in terms of security and performance.

IPv4 has a large community and a large library of documentation.

IPv6 also has one of the most active communities.

There is a routing protocol that is supported by the routed daemon in the case of IPv4. As a result, IPv4 is preferred over IPv6 in terms of routing performance.

Since IPv6 lacks particular routing protocol support, it relies solely on static routes. As a result, it is less popular than IPv4.

As there is more space available in IPv6, it enables direct addressing processes.

While the larger IPv6 header means that each transfer contains more data, the simplified structure actually allows for a faster transmit. Most data you receive under IPv4 is routed through an IP address shared by many individuals before being relayed to you. Because one device transfers data straight to another, IPv6 connectivity takes less time.

All messages are received intact due to direct connections. Remember that IPv4 checks for mistakes numerous times during the conversation, lengthening the time it takes to send data. IPv6, on the other hand, verifies data transfer accuracy at the TCP level. Because of IPv6, we'll notice an increase in internet speeds for the most part.

Future of IPv4 and IPv6

IPv4 addresses are about to run out, leaving IPv6 deployment as the only realistic option for the Internet's long-term growth. RIPE NCC, one of five Regional Internet Registries responsible for allocating IP addresses to Internet Service Providers (ISPs) in over 80 countries, reported in October 2019 that just one million IPv4 addresses remained. Because of these constraints, IPv6 was developed as a standardized solution with a 128-bit address length and the ability to designate up to 2128 nodes.

Only a waiting list will be used to assign recovered addresses. As a result, only a few hundred thousand addresses can be allocated per year, far less than the several million required by today's global networks. As a result of the fewer available addresses, network tools will be compelled to rely on expensive and difficult ways to work around the problem. The countdown to zero addresses means that businesses all over the world must assess their IP resources, develop interim solutions, and plan for IPv6 adoption in order to avoid the unavoidable outage.

The Internet will not break, but it is approaching its breaking point, as networks will find it increasingly difficult to deploy infrastructure for expansion. IPv4 depletion dates back to 2012 when RIPE NCC received the final IPv4 addresses from the Internet Assigned Numbers Authority (IANA). The technical community has prepared for the long-awaited rollout, which is where IPv6 comes in.

The number of ISPs and mobile carriers willing to migrate, as well as large organizations, cloud providers, and data centres, and how they will migrate their data, will determine how IPv6 will be used in the future. On parallel networks, IPv4 and IPv6 can coexist. As a result, there are no strong incentives for institutions such as ISPs to explore IPv6 choices over IPv4, especially since upgrading takes a large amount of time and money.

Despite the cost, the digital world is gradually migrating away from the inefficient IPv4 model and toward the more efficient IPv6 model. IPv6's long-term benefits are well worth the expenditure.

Although widespread adoption is still a long way off, it does open up new options for network topologies on a huge scale. It's efficient and inventive, as well as less reliant on the problematic and expensive IPv4 market.

Not planning for the transition is short-sighted and dangerous for networks. IPv6's efficiency, creativity, and adaptability are already being embraced by smart enterprises. Prepare your business for exponential Internet growth and next-generation technology when they become available.

Why haven't We Entirely Moved to IPv6?

Business as normal is disrupted by the switch to IPv6. ISPs and businesses need to stay productive, and users don't want their internet access to be disrupted. It will be an uphill battle as long as the transformation is simply forward-looking and not strictly essential.

Being an early adopter might make it more difficult for people to connect with you, and justifying the cost of deploying new hardware while the rest of the world goes about its business can be challenging.

In addition, because IPv4 and IPv6 are incompatible, a mechanism built on top of IPv6 was designed to facilitate communication between the two systems. However, the transition from IPv4 to IPv6 will eventually be permanent.

Is It Possible to Turn IPv6 Off?

On Windows, macOS, and Linux systems, you can disable IPv6, but some components will stop operating. As we move forward, your machine will increasingly demand an IPv6 address.

For security reasons, some people disable IPv6. Although IPv6 is not fundamentally less secure than IPv4, it has caused and will continue to cause security issues during the transition.

IPv4 may be safer until the switch is complete, but it may also cause some instability. Because driver mismatch can cause your computer to crash, it's generally preferable to just go with what the manufacturer has set up. Using the best antivirus security software you can find and making sure all your software is up to date — may be more trouble than it's worth.

After comparing both IPv4 and IPv6, it's clear that each has its own set of advantages and disadvantages. Before deciding on one of them, it's important to understand and compare the basic aspects of both IPv4 and IPv6 networking protocols. As a result, depending on the type of project, the amount of time required, and other factors outlined, one of these two options should be chosen to get the desired outcome. 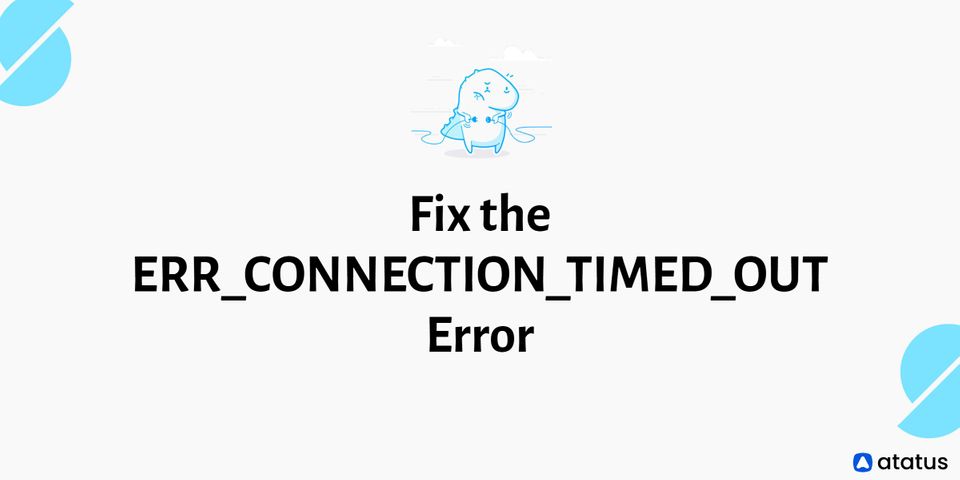