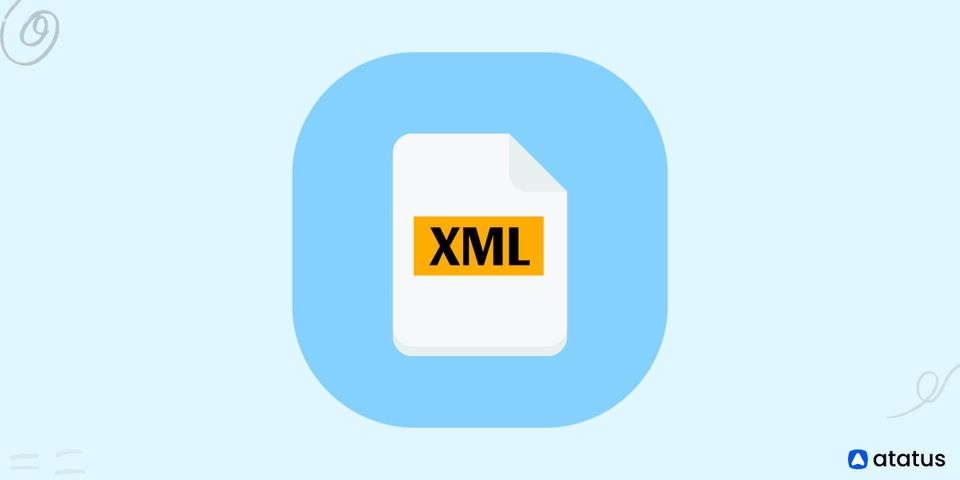 We are all aware that the Internet is a sizable global network made up of billions of devices running a wide range of operating systems. However, not every gadget uses the same communication platform or app. How can we connect while having few things in common or perhaps being utterly different? XML is the ideal solution to this complex issue.

A set of rules for encoding scripts (documents) in a way that is both understandable and machine-decipherable is characterized by XML as a markup language.

A developer would therefore be curious to know exactly what a markup language is. Markup is data that is added to a script that enhances it in various ways while also highlighting the components and how they relate to one another.

A markup language, in particular, is a collection of emblems that can be used to identify and distinguish the parts of a script.

When combined with some content, the XML syntax in the example below makes sense:

This piece incorporates the labels, the markup emblem, for example, <message>…</message> also, <text>… </text>. The <message> and </message> labels (tags) denote the start and finish of the XML code block, respectively. The labels (tags) <text> and </text> cover the content "Hello, world!".

The development of XML began in the 1990s with the express purpose of incorporating the declaration of new text components. In 1996, XML was developed by the XML Working Group (formerly known as the SGML Editorial Review Board).

The organization was headed by Sun Microsystems' Jon Bosak, with the active support of an XML Special Interest Group (since renamed the SGML Working Group) that was similarly organized by the W3C.

There was a contact for the World Wide Web Consortium (W3W) on the team, Don Connolly, who stepped in as the Working Group's representative.

A few websites use the script (document) formatting language known as extensible markup language (XML). However, XML is an imperative and incredibly valuable language due to its extensibility.

To be more specific, XML is a decoupled variety of standard generalized markup language (SGML) that is meant to be used with Internet-wide scripts. Similar to SGML, XML makes use of document type definitions (DTDs) to describe documents and the effects of the tags used inside them.

In comparison to HTML, XML offers a wider variety of hypertext join types, such as bidirectional connections and connections against a script portion.

Additionally, because XML can adopt conventions, text elements can be properly interpreted and decoded. For instance, the start and end tags, <BEGIN>… </BEGIN>, define the script's elements.

Why is XML Important?

A markup language with rules to define any data is called Extensible Markup Language (XML). Unlike other programming languages, XML is incapable of carrying out computations on its own. Instead, structured data management can be implemented using any computer language or piece of software.

Think about a text document with comments on it as an example. There may be recommendations in the comments like these:

Such suggestions enhance the usability of the document without changing its content. Similarly, XML uses markup symbols to provide more details to any data. This data is used by other software, such as browsers and data processing applications, to process structured data more effectively.

Numerous aspects distinguish XML from other languages. The list of key XML features is shown below.

How Does XML Work?

XML works in several ways, one of which is a predictable data format. Due to the tight formatting requirements of XML, programs that process or display the encoded data will produce an error if the formatting is incorrect.

An XML document must be valid XML code for it to be regarded as well-formed, that is, conforming to XML syntax and capable of being read and understood by an XML parser.

Elements are the building blocks of every XML document; an element serves as a data container. With other elements or plain data inside, opening and closing tags mark the start and end of an element, respectively.

The way XML functions is by supplying correctly formatted data that can be dependably processed by applications made to accept XML inputs.

For instance, technical documentation might have an element like the one in the XML code sample below:

Exercise extreme caution as this procedure could result in serious injury or death if precautions are not taken.

In this illustration, the form factor of the technical documentation determines how this data is interpreted and shown. This element could be shown in the following manner on a webpage:

On a user interface (UI) for an appliance or in print, the same XML code appears differently. Depending on how this element is interpreted, the text designated as emphasis may be shown in a different way, such as in red with flashing highlights. When printed, the text could have a different typeface and format.

Presentation is not specified in XML documents, and there are no default XML tags. The majority of XML applications employ predetermined tag sets that vary based on the XML format. The majority of users create their documents using standard XML formats, but they can also specify new XML elements as necessary.

Here are a few major benefits of using XML:

Learning XML is a rather basic process. While it is possible to study XML on its own, it is far more beneficial to learn it in conjunction with a programming language to process and utilize the data that it stores.

Developing frontend websites frequently make use of XML. Because some APIs use it to convey data in a consistent format, it is also utilized in backend web development. XML is also frequently utilized by Android applications to build layouts and save configurations.

Atatus provides Powerful API Observability to help you debug and prevent API issues. It monitors the user experience and is notified when abnormalities or issues arise. You can deeply understand who is using your APIs, how they are used, and the payloads they are sending.