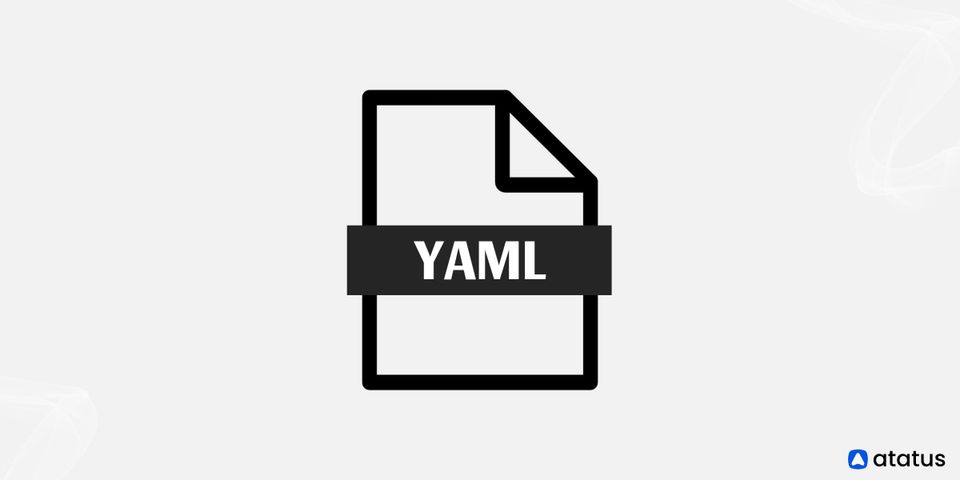 The serialization language YAML was developed in 2001, but it wouldn't become very well known until a few more years later. The name was modified from Yet Another Markup Language to YAML Ain't Markup Language a few years later to indicate that developers should use it for data storage rather than document creation (like HTML or Markdown, for example).

YAML is a programming language that is frequently combined with a wide range of other languages and is mostly used for creating configuration files.

When creating configuration files for application projects, languages like Python and the Google-developed Flutter framework for Dart both use YAML (.yaml). Since it can be used to format containerized files, YAML is also well-liked among cloud engineers.

The popularity of the language itself can be attributed to its human-readable features and relatively intuitive syntax. It is regarded as a more readable and helpful format for developers than JSON or XML.

Regrettably, it's not the friendliest for new users, and tiny formatting errors can completely muck up the coding.

For instance, YAML demands a very specific number of spaces spread across numerous lines to depict the hierarchy of data. Since most integrated developer environments don't generate errors for broken YAML code, it can be challenging for a beginner to spot spacing errors, which can occasionally disrupt the development process.

We need to go back to XML, which was the primary configuration language before JSON, to understand why YAML was developed.

Traditional client-server applications employed XML, which is defined by the use of < > blocks, to transmit data. XML was utilized by Java applications, AJAX development, and PHP projects.

Although it was first designed to pass data, XML was eventually expanded to support more logic directly within the document. It was also used to hold configuration settings. Sadly, it was never truly intended for this use.

JSON was introduced to replace XML in this situation, mostly to transmit data to JavaScript in a browser. JSON's largest drawback was likely the lack of a mechanism for comment storage; storing configuration settings was not an acceptable use case for it. JSON syntax is distinguished by its { } blocks and stringent quotation specifications.

YAML emerged as a result of the shortcomings of both XML and JSON. It continued to serve the same function of transmitting data while also addressing some of XML and JSON's shortcomings.

How Does YAML Work?

To make reading and creating code easier, YAML offers tools and patterns that were inspired by those found in other programming languages.

For instance, indentations and new lines may be used to organize code so that, in languages like Python, how it appears on your screen corresponds to how it functions in reality.

As long as you maintain consistency throughout the code you're producing, you can also adjust how deep indentations are to make sure it's as legible for you as possible.

However, you won't be able to use a tab character, which avoids the problem of different operating systems handling tabs differently. Additionally, this disproves the tabs vs. spaces issue.

The two primary data types, lists, and arrays, often known as maps, can be denoted by the [ ] and { } figures in YAML to adopt tighter formatting.

As a result, even though YAML is written for machines rather than people to understand, it effectively becomes a superset of JSON. This language also has characteristics not present in JSON, like comments, for which it wasn't designed.

In Pearl, the data types can be nested to display increasingly complicated structures. Additionally, there are elements borrowed from C, HTML, and MIME as well as mail headers that employ colons to indicate key-value pairs.

Additionally, the space function is present, eliminating the requirement for quote marks around strings and numbers. There is support for ISO-formatted dates and times, and types like integers, clots, and Booleans are automatically detected. However, you can also create your data types.

Multiple documents can be stored in a single file due to structures, and you can use anchors to refer to information in one portion of the document from another (which also lets you duplicate properties or inherent it).

As a result, it is significantly more versatile than JSON, which has a set hierarchy with just one parent node for each child node. Although XML has a comparable option, the YAML parsing expands the references automatically.

By doing this, you obtain a file that is simpler to read and you prevent errors when copying and pasting parameters where just a small number of items differ across multiple instances. However, other systems do not need to be informed of the YAML file's structure.

These are the features of YAML:

Where can YAML be Used?

YAML isn't a development language, despite what some people claim. Keep in mind that none of the three data structure formats (XML, JSON, and YAML) were created to include any logic in the file structure itself. A programming language ought to be able to handle this.

For storing configuration settings across many programming languages and DevOps platforms, YAML has emerged as the standard.

Ansible, a configuration management system, was one of the first significant YAML adopters. System administrators and DevOps teams can use Ansible to create files defining a machine's or piece of software's configuration or to install software packages that will be used by a deployment script (called a playbook). What were once manual procedures can now be automated due to the YAML framework.

More recently, YAML has been widely utilized for several things, including:

The relevant YAML (.yml) file for each of these tools includes the configuration options and settings for a particular deployment.

The structure of an application service, the container image to use, the number of replicas to deploy, whether or not the service should be behind a load balancer, the authorization that connects the container registry, and other details are all defined in a Kubernetes YAML file.

As yet another example, Azure DevOps is moving away from the old editor, which served as the primary tool for developing DevOps pipeline tasks in Visual Studio Team Services (VSTS) and Team Foundation Server (TFS), and toward the YAML format.

Another DevOps pipeline engine that completely relies on YAML is GitHub Actions. Pipelines as code, a new concept, was produced by using YAML as the configuration file structure.

The use of a yml-text-based file generates effective pipeline deployment processes that store task information together with pertinent configuration data.

One of the biggest advantages is that your pipeline can now be included in the source control or version control component, such as Git, which generally just manages application source code.

As we've seen, YAML is a popular language for data serialization. It's simple to read and simple to learn. Since YAML is already widely used, it won't be long before you need to write or modify YAML on your own whether you work in development or DevOps.