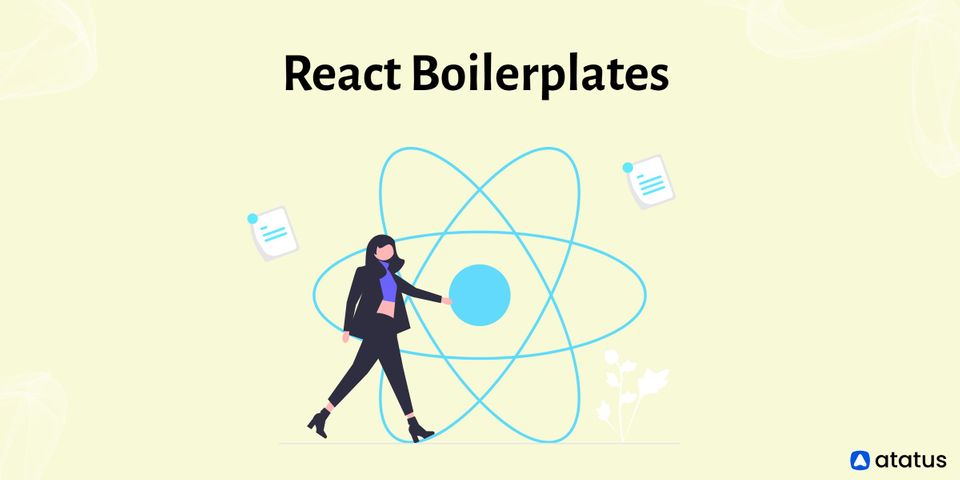 React has gained popularity recently and is now among the most cherished frontend frameworks ever. React has consistently placed in the top two positions in the State of JS survey for the past five years, which serves as evidence. Additionally, this indicates that more developers than ever are creating projects in React.

The React library benefits from the use of boilerplates, which are lines of code that are neutral by design and serve as a natural starting point when developing with any technology.

What is React Boilerplate?

A boilerplate (also known as boilerplate code) is a section of code that can be repeatedly used to duplicate certain sections of code.

“Boilerplate is a section of code that is repeated in multiple places with little to no variation. When using languages that are considered verbose, the programmer must write a lot of boilerplate code to accomplish only minor functionality”.

A free and open-source programming tool is Reactjs Boilerplate. Additionally, by replicating sections of the code, react boilerplates assist you to shorten the development process. A react boilerplate offers writing, actual text, and graphics while a template provides a so-called case frame or layout of your options.

Boilerplate code saves developers time and provides comfort because they write a lot of code. Clone a boilerplate in Github to use it for your project's requirements if you want to benefit from it. Then, to update code changes, use a hot reloading function.

When Should You Use React Boilerplate?

The size of your project will determine whether you use React boilerplate. Boilerplates work best for quick and flexible web applications. Investing time and energy in deep learning, DevOps toolchains, etc. for long-term and time-consuming websites is preferable.

On GitHub, there are a few hundred React boilerplates, to be honest. Therefore, having a defined objective is necessary before choosing one or a few. You might use React, TypeScript, Redux, etc. to develop applications.

Create React App makes it simple to start developing your single-app application. Webpack and the Babel transpiler are available here. Webpack is a library used to bundle JavaScript modules for browser use, while Babel makes your code understandable for outdated browsers.

Create React App, a tool provided by Facebook enables you to create a modern web application by executing a single command with no setup. This is one of the top reactjs boilerplates.

For those new to React programming, Create React App is frequently recommended react boilerplate since only those who are familiar with React technology in depth will truly benefit from a variety of React boilerplate libraries.

Create React App is a useful tool for creating simple applications and quickly configuring them. These kinds of technologies, however, are only partially useful when creating complex applications. Node 8.10 and at least version 5.2 are prerequisites for Create React App.

React-boilerplate is another tool that should be included on the list for setting up a React project. React-boilerplate advertises its availability through its application even when there is no network connection and promotes itself as the future of fast web apps on its landing page.

React boilerplate is a reliable and well-designed boilerplate in the Javascript UI Libraries, with 28.2k ratings on GitHub. The super-rich component and font base, together with Redux, Mocha, Redux-Saga, Jest, React Router, PostCSS, and reselect are all included. They support SEO indexing. Concentrating on app development and performance is more than enough.

Gatsby is a free and open-source framework based on React that helps developers in creating websites and applications that load incredibly quickly. It produces a whole new web of possibilities by combining the control and scalability of dynamically displayed websites with the quickness of static-site production.

Professional developers can efficiently design maintainable, highly effective, content-rich websites with the help of Gatsby. It offers the quickest outputs of pre-rendered HTML and CSS to ensure the quickest load time and contains a gallery of starter kits.

There are no Flux implementations or any sophisticated integrations in the React Starter Kit's master branch. It is GraphQL for its Data API.

Razzle is a tool that compresses all the complex settings required to create SPAs and SSR applications into a single dependency. Giving you the fantastic create-react-app developer experience, while leaving the remaining architectural choices for your application—including frameworks, routing, and data fetching—up to you.

Razzle uses this method to operate with a variety of frameworks, including Angular, Preact, Vue, Svelte, and not just React. While your app is running, just type rs in the console and press Enter to restart your server.

TSDX is a zero-config CLI that makes it simple to create, test, and distribute contemporary TypeScript packages, allowing you to concentrate on your awesome new library and not lose any more time to configuration.

Although there has been a lot of recent enthusiasm, creating a new TypeScript (x React) module might be challenging.

To make things easier for you, TSDX offers a unique logger. Error messages are nicely written and styled to work with the Problems tab in VS Code.

TSDX offers you additional conveniences in addition to simply packing your module into various forms. They produce objectively superior code and bundle sizes that are smaller.

With the use of shared presets or configurations, you can create web and Node.js applications using Neutrino, a companion tool. By offering the bare minimum in terms of development dependencies, it seeks to greatly simplify the initialization and construction of projects.

By offering comprehensive build presets that can be shared between targets and projects, Neutrino uses Webpack to build both web and Node.js applications.

You can start by using Neutrino's base presets to build a range of projects, or you can expand the core presets to make your own presets that can be used by the community or shared among your projects. Presets can also be modified project-by-project to meet practically any construction condition that isn't covered by your preset.

The React Next Boilerplate serves as a base for simplifying the nextJS project configuration. The top development techniques and widely used developer libraries are included in this React Next JS boilerplate.

Additionally, it includes react-saga, a package designed to improve application side effects—asynchronous actions like data fetching and impure actions like accessing the browser cache—easier to manage, more effective to carry out, simpler to test, and better at handling errors.

Rekit is a toolkit for creating web applications that are scalable and use React, Redux, and React-router. It enables you to concentrate on business logic rather than dealing with extensive libraries, patterns, configurations, etc.

Rekit uses an opinionated system of folder and code organization while building applications that are bootstrapped using create-react-app. By utilizing a feature-oriented architecture and the one action per file pattern, it is created to be scalable, testable, and maintainable. This makes sure the grouping and decoupling of application logic are good.

Rekit has been using create-react-app to build applications since March 2018 and focuses on offering the framework—at the level of an IDE—for developing and scaling the application from boilerplate to large-scale projects. Be aware that it will enforce a particular folder/code structure that you may find unpopular.

Finally, it appears that your hunt for some top-notch React boilerplates is over. Each of them has, as we can see, a unique set of features. List the features you require, then make your selection.

It's crucial to pick the correct React boilerplate. It is essential to make the proper choice, particularly for scaling, future maintenance of the application or website, configuration setup, and other tasks.

Web applications that are small and responsive work well with boilerplates. Additionally, it is preferable to put effort into truly deep learning of application architecture if you have long-term, time-consuming websites.

Monitor Your React Applications with Atatus

Atatus keeps track of your React application to give you a complete picture of your clients' end-user experience. You can determine the source of delayed response times, database queries, and other issues by identifying backend performance bottlenecks for each API request.

To make bug fixing easier, every React error is captured with a full stack trace and the specific line of source code marked. To assist you in resolving the React error, look at the user activities, console logs, and all React requests that occurred at the moment. Error and exception alerts can be sent by email, Slack, PagerDuty, or webhooks. 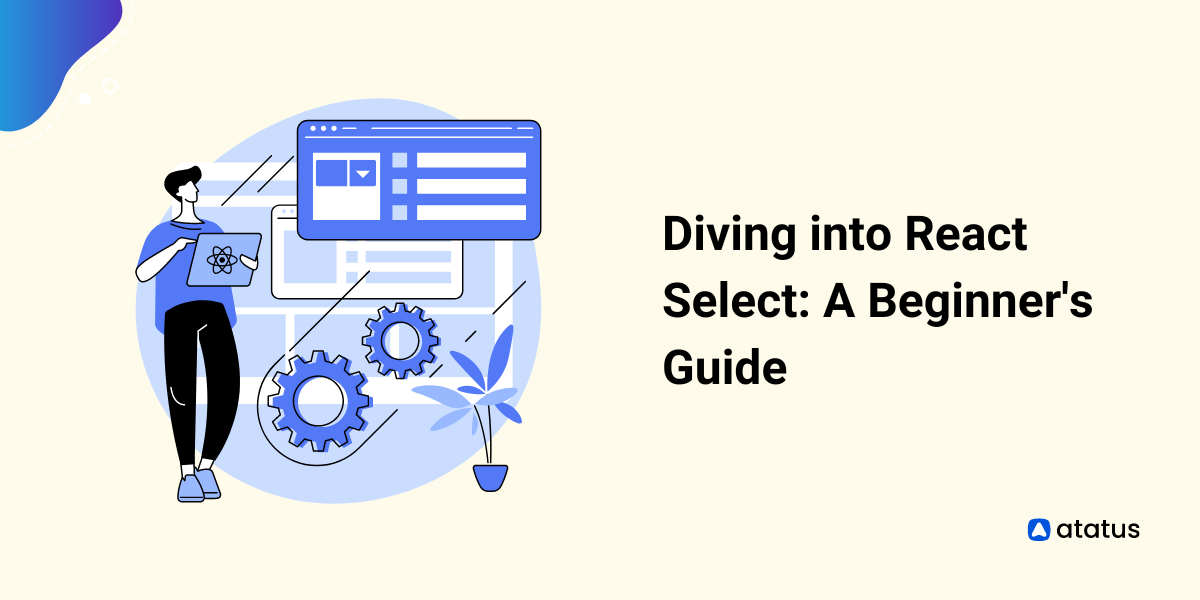