What is Java Thread?

In the context of Java, a thread is a path followed while executing a program which means more than one task can run at a time. Before the introduction of the thread concept, it was not possible to run multiple tasks parallelly.

It is a light weighted process, or in other words, it is the smallest part of the process that allows a program to operate more efficiently by running multiple tasks at the same time in parallel.

Why is it used?

Threading is used in Java mainly to perform complicated tasks in the background where all the tasks have their own separate path for execution and each and every task is executed without affecting the main program. Each and every process in this thread is independent.

Here, all the threads shares a common memory, has their own stack, program counter and local variables. This process is also called as Multi-threading, since multiple threads are executed in parallel at the same time.

The following are the states in thread model. 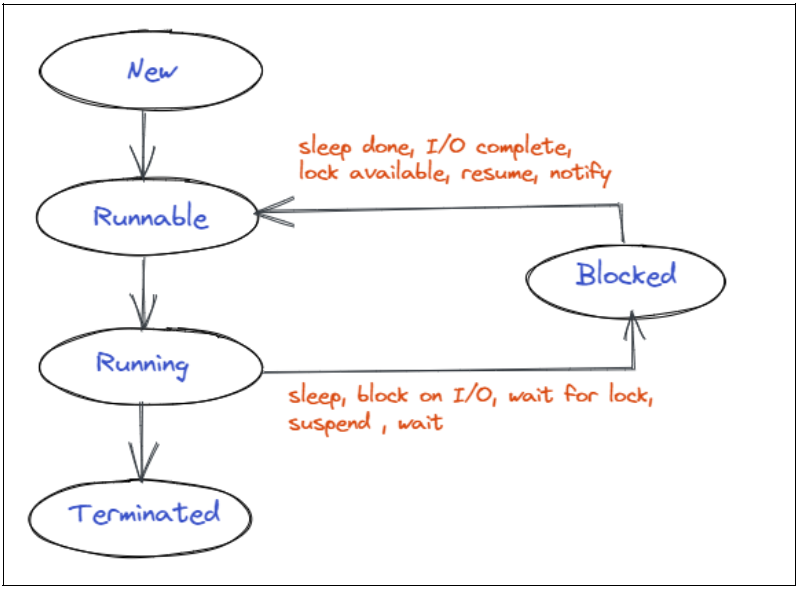 There are two ways to create thread. One way is to create by extending the Thread class and overriding its run() method.

Another way in creation of thread is to implement the Runnable interface.

Thread class has many constructors and methods which allow us to perform various operations on a thread. The Object class is extended by the Thread class, and it implements the Runnable Interface.

Some of the constructors which are commonly used in performing various operations are mentioned below:

Some commonly used methods of the Thread class are as follows:

Thread implementation can be defined in two ways:

In User Level Threads, the thread management kernel is not aware of the existence of threads. So,it handles them as if they are single-threaded processes.

In general, User Level Threads are smaller and faster than Kernel Level Threads and also they are represented by stack, registers program counter and a small process control block. 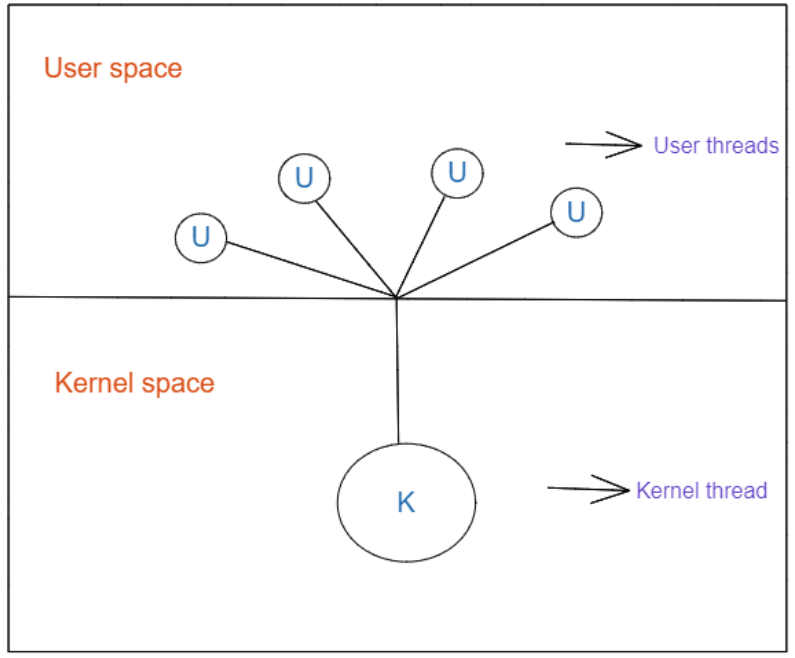 Why Java threads should be monitored?

In the production environment, Java applications can have hundreds or even thousands of threads running in parallel. Issues may arise like JVM(Java virtual machine) taking up very high CPU resources. Here multiple threads in a JVM can be performing similar tasks like updating a file while another request is in process. It is important to synchronize the threads, so that only on thread can update a file at a time.

There are JMX(Java Management Extensions) interfaces provided by JVM that allow monitoring tools to track the thread activities in JVM.

We should be able to find how many threads are currently running in the JVM, the state of the threads like runnable, running, terminated, blocked or waiting, threads taking up excessive CPU resources, any blocked threads exist? If so, which class and variable they are in, etc.

These are some basic questions we should be able to get the solution from while trying to use Java application monitoring tools.