"Every application needs extra storage space to offer smoother functioning, and that is done by containers"

A software program or application does not run in a single environment. Several actions must be performed in various locations, and this requires a high level of skill. Just relying on basic storage methods and software isn't good enough.

In simple terms, containers are software units that store the code necessary for an application to run. Containers are a standard unit of software that packages the executable code along with its dependencies like code, runtime, configuration, libraries, files and so on. 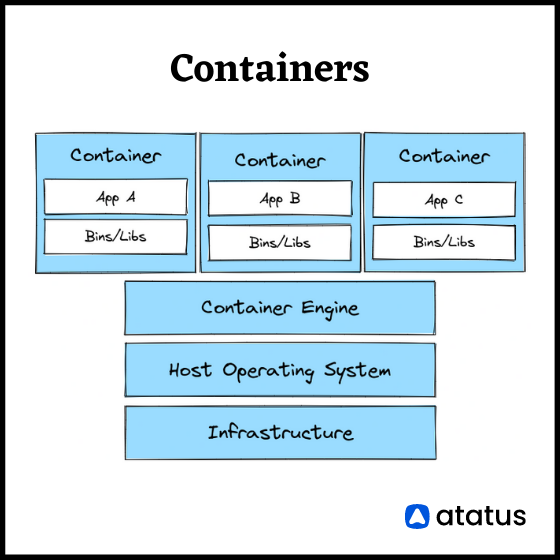 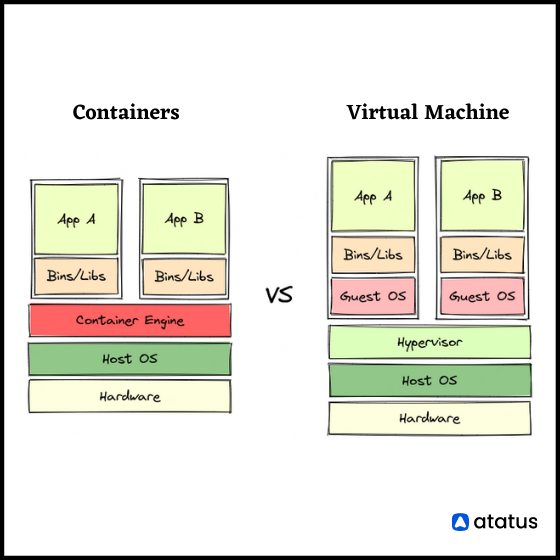 Developers benefit from containerization because the software runs faster and the process is smoother than before. These containers have significant benefits in making the process easier. The lightweight of containers:

Just learning about containers isn't enough. Understanding the process behind it is also imperative. Containers virtualize the OS, which makes the application run faster, and this virtualization process is known as containerization.

Containerization is the process through which containers package all the codes, libraries, files and other dependencies of the application so that the software can be deployed in any suitable environment.

There are three basic building blocks of containers, and they are:

This is a key feature of containers that helps in isolating the various processes that an OS performs. A software or a server contains various operations and processes that work together.

The container namespaces isolate each server and its process, which helps the developer to work in an isolated environment easily. Every container can have multiple namespaces related to the OS.

Control group or cgroup is a kernel feature that helps in the resource management of containers. During its operation, it controls CPU, memory, and network utilization by containers.

The container contains various libraries and codes for the application. UnionFS is a feature that helps in providing us with a unified view of all the dependencies present in the container, i.e., it makes the files stackable.

The different files, directories and libraries can be viewed easily in the form of a single file system using UnionFS.

Docker is a software platform known for its lightweight and standalone features, which is widely used in container applications. It uses docker images to run the application in multiple environments inside the container.

Using Docker containers can be very helpful in synchronizing the functions of the applications and packaging all the dependencies together for faster deployment.

Container orchestration is the operation through which multiple containers work together as a single system, and this is done by Kubernetes. These help in automating and scaling the workloads in different work environments.

Use cases of containers

When incorporated correctly into your workflow, containers can serve a variety of purposes.